From garbage dump to recycling plant: Cultivating a place for startups to be reborn 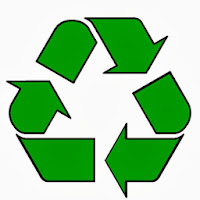 Failing fast, failing cheap, and failing often is a good thing. It leads to efficient discovery of value and eventual creation of products and services that are scalable.

Healthy byproducts of that process are “failed” or invalidated ideas. Many ideas are interesting but have no real potential to scale. Some ideas may not be scalable in the current time or current marketplace or via the current business model or with the current target consumer. But perhaps they could be scalable or value generating in a different context.

After two years of bootstrapping a startup, I’ve seen colleagues come and go with great ideas gaining exciting momentum then extinguishing just as quickly as they became hot. Some failed startups only made it to the idea phase. Others built appreciable technology. Most startups achieved valuable invalidation. All of these ideas and code and learning usually goes to waste because there is no repository for them to be stored. And shortly after the spark of one startup goes out, several new ones pop-up, many times striving for the same magic that their predecessors failed to create. Mistakes are remade. The square wheel is reinvented.

What if the startup community had a mechanism to preserve the institutional memory of the successes and more importantly failures of preceding startup attempts?

Instead of the current virtual startup graveyard that lives in the recesses of the Way Back Machine (web.archive.org), I propose creating a central repository of composted startups to serve as the fertilizer for future innovation. Beyond just providing the micronutrients of ideas to inform revisioning of prior startup concepts, such a repository could recycle programming architecture, business models, and networks to rapidly relaunch old ideas in new ways.

Such startup recycling plants have real potential for self-sustainability by commercializing repackaged startups and reselling them to other startups, corporations, or M&A firms. The startup recycling plants could also take the approach of re-purposing technology for sectors with completely different business models and value drivers such as academia, non-profit, or global health. What if the startup ideas that barely missed the mark with achieving enough traction to scale in a the private sector space could be recast in the public space to create just as much value but with a different sustainability strategy?

Such startup recycling plants would have to be carefully curated. Startup incubators and accelerators, such as www.startuphealth.com, could serve a logical home for these places of rebirth. Also, large corporations with investments in open innovation have the potential to perform the function of startup purgatory. And then there are the non-profit spaces for innovation such as GHDonline.org that could add value to this process.

The current lifecycle of most startups is an open circuit that dissipates the spark of innovation. Closing the loop of the startup lifecycle with a startup recycling plant has the potential to breathe new life into old ideas, transform a patchwork of hackers into a productive professional workforce of entrepreneurs, mitigate some of the downside risk for investors, and eliminate enormous waste from the innovation process.
Posted by Unknown at 8:29 PM